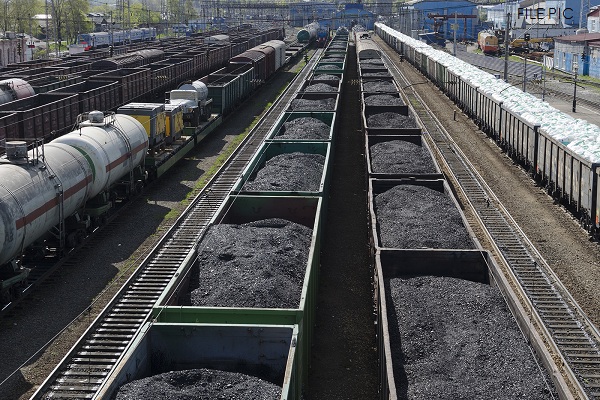 Government will spend Rs 50,000 cr on coal evacuation
infrastructure: Secretary to commercial miners (courtesy: SECL FB page)off
New Delhi: Coal Secretary Anil Kumar Jain has said on Tuesday that in order to support
commercial players who have won coal blocks for mining under the recently-concluded auction,
the government will spend Rs 50,000 crore to improve the coal evacuation infrastructure. This
will further improve coal transportation and support the industry as well. Addressing a webinar
‘Stakeholders Consultation on Auction of Coal Mines for Commercial Mining,’ organised
by FICCI, Jain said, “The year 2020 is much different from 2008 or 2010 when old coal blocks
were given. We would be making the additional investment in the eastern part of India, including
Jharkhand, Chhattisgarh and Odisha to ramp up coal evacuation in the country.
‘Govt will support commercial miners by building coal evacuation
infrastructure’
In order to support the industry and improve logistics in the coal sector, the Ministry is also in
touch with the Railways to enhance the network for coal transportation, said the Coal Secretary.
“We don’t expect you to buy mines and also build rail corridors. The government is very alive to
your issues. The government will be willing to support the industry to provide new railway lines
or loops,” he said.Emphasising on the importance of the auction of 41 coal blocks for
commercial mining, Jain said that the government has come up with very liberal norms for
commercial coal mining. He added that an Inter-Ministerial Empowered Committee, comprising
Secretary Law, Secretary Petroleum and Secretary Department of Economic Affairs, along with
him, has been formed to sort out time-to-time operational problems of the miners.

Govt has done all to ensure ease of doing business: Coal Secretary“From the
government’s side, we have done all that was required for the ease of doing business and we
will continue to do so in the future also. Environment Clearance and Forest Clearance systems
have improved considerably. We are also working to link the PARIVESH Portal with mining plan
portal and through one portal now everything will be monitored,” said the Coal Secretary.He
further stated that as compared to other sectors, coal is a good sector and has good profitability.
Imported coal can never compete with domestic coal prices.